With a vocal style that encompasses the soul of Etta James, and Carmen McRae, the modernity of Holly Cole and the playfulness of Jann Arden; Maureen Washington evokes comparison to some of the great female Jazz singers of our time yet remains one of a kind. Maureen Washington songstress for a variety of different ensembles, began her music career ... more info
Audio: 01 Harvest Moon, 05 St James Infirmary, 13 Wait A Little Longer
Articles: Neil Young's Harvest Moon given new life in B.C. jazz star's latest album, Maureen at Christmas
Videos:

You Make Me Feel Like A Natural Woman - Cover by Maureen Wa...

Goodnight To The Moon

Blues In The Night by Maureen Washington & Karel Roessingh

Karel Roessingh is a composer, arranger, producer and musician who has written scores for over five hundred television episodes, and many award-winning films, documentaries, and promotional videos.  He has recorded and produced more than sixteen of his own CDs, including several for the Canadian Naturescapes series distributed world-wide, two jazz... more info
Videos: 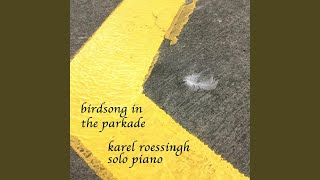 You Make Me Feel Like A Natural Woman - Cover by Maureen Wa...

A Victoria BC native, played sax, guitar and keyboard in many different musical settings before settling exclusively with the bass. In 1983 he attended The Banff School of Fine Arts to study with Dave Holland and Don Thompson. He also studied in the US with Ray Brown, Gary Peacock and John Clayton. Since his move to Vancouver in 1990, he toured... more info
Videos:

Submit info on this show to our admins