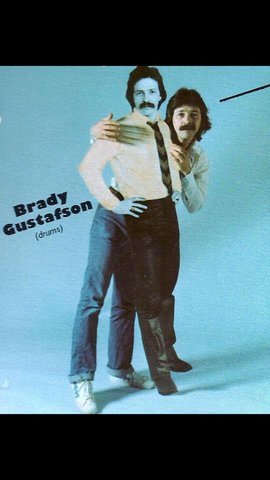 Brady Lee Gustafson
My longstanding, dear friend and brother, Brady Lee Gustafson passed away unexpectedly on April 25th, 2015.
I first met Brady in1968-69. Len Knoke and I needed a drummer for a power trio we wanted to form. We auditioned several drummers and he was the most dramatic, dynamic and passionate (not incredibly well schooled) but he gave his performance everything, all the time, every time.
We were doing Cream and Jimi Hendrix style solos and Brady’s energy, focus and style were a perfect match for us in Coyne. He played very melodically and mouthed and breathed every beat. When we lived together on Roderick Street, we’d jam ‘til his mouth was so dry he would choke and have to run upstairs for a drink of water.
During this time Brady and I shared accommodations for the first of many occasions. We shared a lot of time and created a lot of history together, got to know each other’s friends and shared confidences.
If you can count five people in your life as lifelong friends you are blessed. These are the friends where the ongoing conversation never ceases and you just pickup where you left off the last time you were together. That was our relationship.
Brady went through some times of incredible growth, like when he went to a music festival on the mainland and met Kat Hendrikse. Kat was a Vancouver session player and the drummer for Spring. He mentored Brady and gave him entre into the Vancouver music and recording scene.
This led to Brady supplying talent for the Spinning Wheel in Gastown. He would hire individuals like Jack Lavin, Tom Lavin, Doc Fingers or Willie McCallum to perform as a single on Tuesdays and Wednesdays and then Brady would add a bass player and himself on drums Thursday through Saturday.
I was going to Capilano College and suggested he get all these session players that he knew and see if they would like to jam on Monday nights and I would bring the college crowd from Capilano College, Vancouver Community College and Languara College. This got guys like Oliver Ganon and Wayne Kozak jamming with Tom and Jack Lavin. Before you knew it, they had this hot little band on the wrong side of town called Powder Blues. However Brady’s demons were never far away and his success lead to excess and he was callously dropped from the band.
He bounced back and went on to found Blue Northern with Gary Comeau, Ray O’Toole and Billy Cowsill.
One of his greatest talents was his story telling. He took his experiences both good and bad and created cosmic comic tales. Tall tales yes but never far from the reality he experienced.
I encourage others to add a few words in honour of Brady’s memory.
We love and miss you always old friend, RIP Restless soul. By "Norm Piercy" 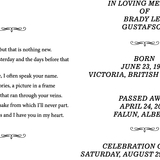 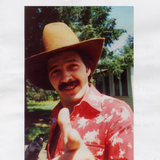 Submit info on this musician to our admins 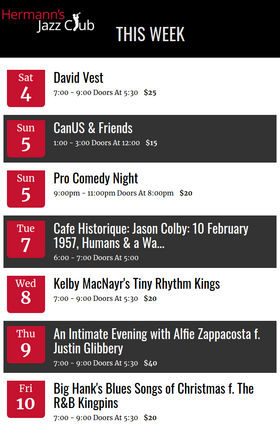